I changed my ships so many times this contract and while transhipping this particular time I found myself having a free day in beautiful Barcelona! I do remember coming here a while back so wasn’t too concerned about finding specific things to do. Instead I just jumped on a train and set off to see what I could find…

Didn’t take long to bump into this pretty amazing building called the Sagrada Familia. This was one huge temple designed by Gaudi. You would have thought an unfinished temple would have been disappointing at best but this thing was awesome to see. 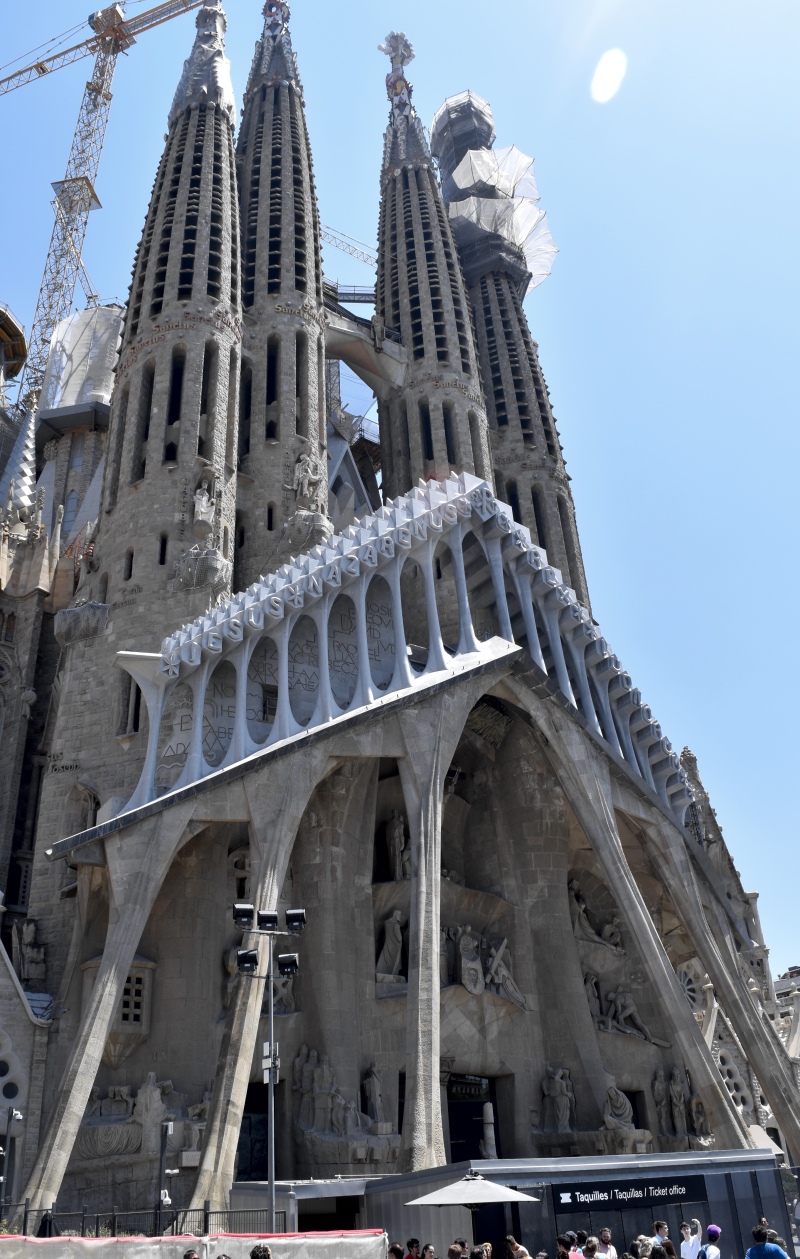 I did about 3 circuits of this building before I tried to purchase a ticket to go in… about a 5 hour wait so that idea was cancelled. So instead I trotted over to a market called St Josep La Boqueria and found a tasty stall called Alfonso Fruiteries where I picked up several smoothies… (they were super tasty so kept going back for more) 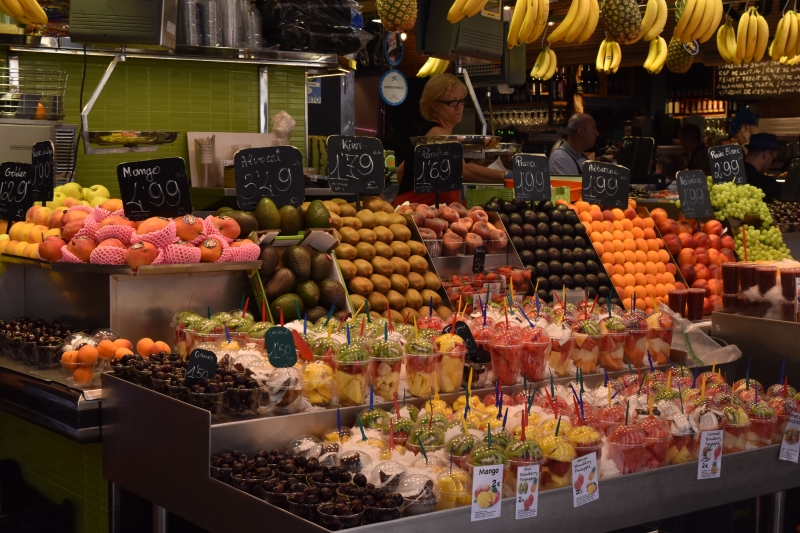 After which I carried on walking until I was pretty much lost. 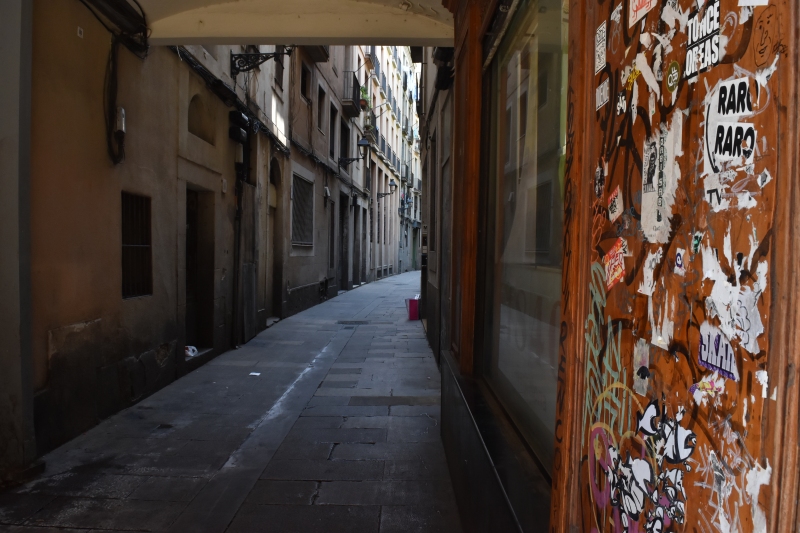 Who’d have known… Barcelona’s bigger than I realised! 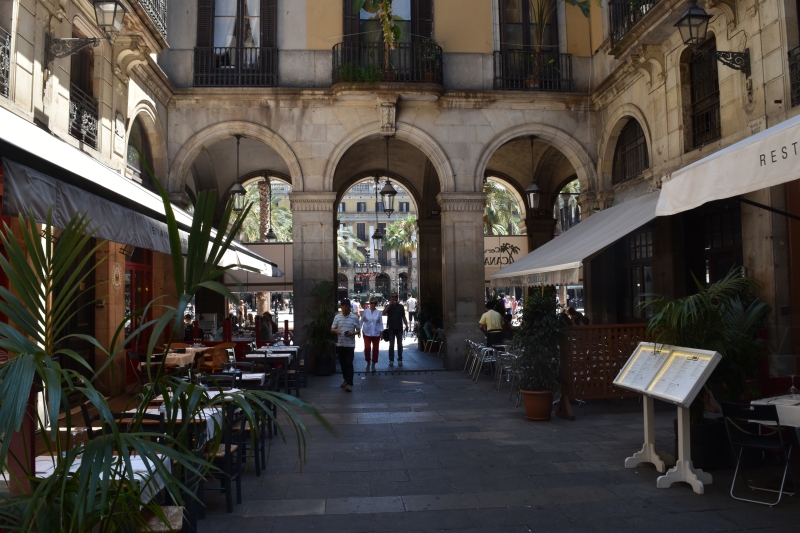 Eventually I did come across a beach. 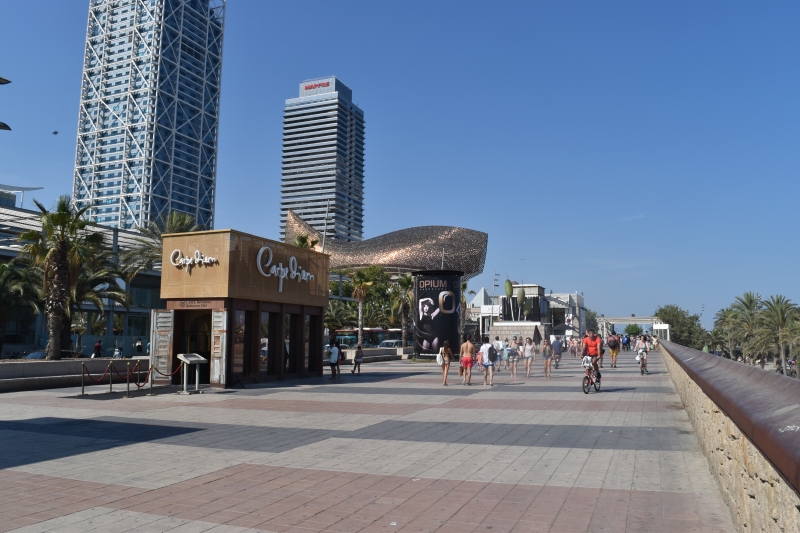 Goodness knows what the temperature was at this point but I did stop to grab a burger and a drink, and then due to the excessive amounts of walking I had done I decided it was probably best to try and find my way back home.

I trekked back over to the train station and jumped on a train (I was a bit dubious about the direction but it turned out ok.) 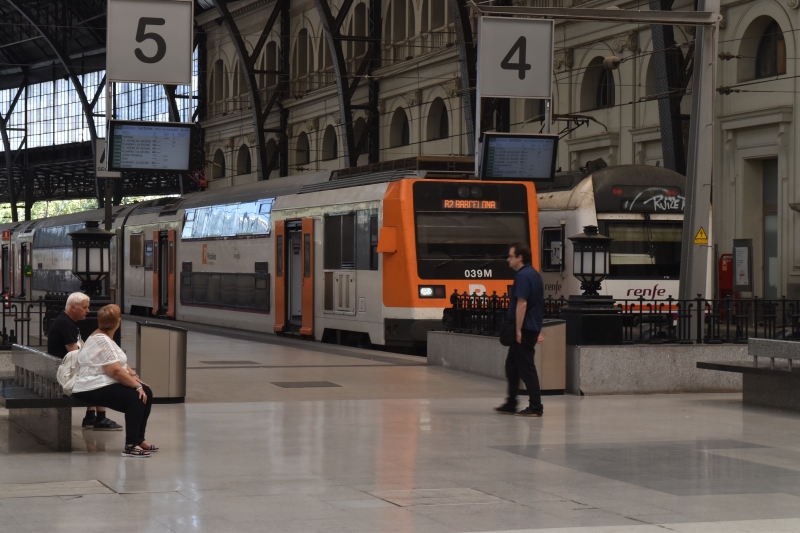 However, arriving at my home station, I discovered my ticket didn’t want to let me out. I had to shout over the gates to the attendant in the booth. He was Spanish (can you believe it) and so he decided to chat to me over the tannoy using his mic in his booth.

So the whole station could hear… which was nice.

However, it didn’t matter how loud he spoke, I still can’t understand Spanish. I was shouting back ‘English?’ (I also tried it in French too since I’d been getting good results earlier in the day by adding a dash of French into the Spanish conversations… This didn’t work.)

Eventually he came out and chatted… Me in French English… and him in Spanish.

We figured it out I think (or he was just bored) and he let me out….

… Where I was then accosted by the rest of the Spanish contingency in the station who had heard the commotion and about 5 people came over to offer me directions to wherever I was going.

“Summer is the season of inferior sledding” - Inuit proverb